Calling all Pixar fans! It is only a few short days before the first-ever Pixar Fest brings its celebration of Pixar films to life at Disneyland Resort from April 13 through September 3, 2018.  During the Fest, guests will have a chance to encounter some of your favorite Pixar friends in new and exciting ways at both theme parks, Downtown Disney and even at Disneyland Resort hotels.  There will be no shortage of incredible experiences.  With so much to see, do and explore, we thought we highlight 12 experiences that you won’t want to miss during your Disneyland visit! 1. Experience “Together Forever -A Pixar Nighttime Spectacular”- One of the things that has us here at Disney Addicts the most excited about Pixar Fest is this dazzling new evening fireworks display that will light up Disneyland theme park beginning on April 13th.  The story of “Together Forever” is quite simply a celebration of friendship told through state-of-the-art projections onto iconic locations like Sleeping Beauty Castle, Rivers of American, “it’s a small world” and the buildings of Main Street, U.S.A.  This not-to-be-missed end to the evening will even feature a Buzz Lightyear fly-over! 2. Grab Some Grub at Alien Pizza Planet –  All the Pixar Fest excitement is bound to make you hungry and Disneyland has the perfect pit stop.  For the duration of the festival, Redd Rockett’s Pizza Port in Disneyland park will be transformed into Alien Pizza Planet.  The much-loved Aliens from Toy Story have sourced the best ingredients from across the galaxy to create the perfect treats for pizza lovers.  Included on the menu will be Pepperonia, a special pepperoni pizza topped with green peppers and mushrooms as well as a cheeseburger pizza with ketchup, yellow mustard and pizza sauce on a sesame seed crust that is then topped with caramelized onions, diced tomatoes, slider patties, a house-made burger sauce and pickles. Can I get an Ooooooooh!? 3. Light Up Your Evening With the Pixar Paint the Night Parade –  A fan favorite, this nighttime parade will be bringing it’s more than 1 million dazzling lights and a whole cast of Pixar friends to Disney California Adventure.  The parade will feature characters from “Toy Story,” “Monsters, Inc.” and “Cars.”  Also, in celebration of the upcoming release of “Incredibles 2”, a new float will make its debut in June featuring Mr. Incredible, Elastigirl and Frozone.  The theming of the float will be done in a dazzling mid-century modern style in keeping with the films. 4. Enjoy the Incredible Pixar-inspired Attractions at Disneyland and California Adventure – Pixar’s presence at Disneyland Resort isn’t new. That’s why now is the perfect time to re-experience some of your favorite Pixar-themed attractions during your visit!   Experiences include Cars Land, Toy Story Mania! and the Finding Nemo Submarine Voyage just to name a few! 5. Spend the Afternoon Enjoying the Pixar Play Parade – The Pixar Play Parade will return on April 13th but this time to Disneyland Park.  In celebration of Pixar Fest, even more of your favorite Pixar films will come to life with new story elements!  Highlights will include appearances by he iconic Pixar Lamp and the Pixar Ball.  Many of your favorite Pixar characters will also be on hand from films such as “Up” and “Inside Out!” 6. Draw Some of Your Favorite Pixar Characters at Animation Academy – Located in Disney’s California Adventure, guests won’t want to miss a chance to head over to the Animation Academy and have a go at sketching some of your favorite Disney characters including Edna Mode, Sully, Dug, Jack-Jack, Bing Bong and more!  Drawing classes typically take place every 30-minutes and you can take your designs home as a souvenir! 7. Sample the Delectable Pixar-inspired Treats – To the delight of Pixar fans and foodies alike, Disney has unveiled a pretty impressive Pixar-themed menu for the Fest.  The menu items are colorful, playful and absolutely delicious.  Some of our favorites include a “Monsters, Inc.” noodle salad a “Ratatouille”-inspired three-course dinner at Cafe Orleans and of course delicious churro flavors. For a closer look at some of the incredible bites you’ll find during Pixar Fest check out this article. 8. Start the Day With a Ride on the Pixar-themed Monorails – We can’t think of a better way to dash into the parks then aboard one of these beautiful monorail cars.  During Pixar Fest, the fleet will receive a brand new look featuring characters from “Finding Nemo” and the “Incredibles.” While riding you can enjoy amazing aerial views of the theme parks with the fest in full swing during this 2.5-mile route!

9. Meet Some of Your Favorite Pixar Friends – Paradise Gardens in Disney California Adventure is the place to be for guests looking to rub shoulders with some of your favorite Pixar pals including Woody, Buzz Lightyear, Russell, Dug, Flik, Atta, Sully, Mike and Mr. and Mrs. Incredible.  Be sure to have those cameras at the ready! 10. Don’t Forget About the Pixar Fest Fun at Downtown Disney – Try and schedule in a stop at Downtown Disney.  Here you’ll find everything for incredible Pixar-themed treats at Marceline’s Confectionary to special Pixar Fest Merchandise and even some specially created topiaries featuring some familiar Pixar faces.  See if you can find all six topiary locations!

11. Sing Along to Some of Your Favorite Pixar Tunes –  Disneyland Resort musicians will be on hand throughout the fest playing their memorable renditions of much-loved Pixar theme songs including “You’ve Got a Friend in Me” from “Toy Story.”  Over at California Adventure, you’ll also find a zany new 7-piece band, TripleDent Gum Presents The Pixarmonic Orchestra which will be performing some of Pixar’s greatest hits! 12. Celebrate Your Own Friendships With Pixar Fest Merchandise – The celebration of friendship even extends to the incredible merchandise that Disney has unveiled for Pixar Fest. Pixar-themed friendship items include “Finding Nemo” and “Finding Dory” souvenir light-up sippers, Pixar Fest friendship bracelets and so much more.

We’ve given you a dozen fantastic reasons why you won’t want to miss Pixar Fest at Disneyland Resort.  If we’ve convinced you, read below to find out how you can get your FREE quote. 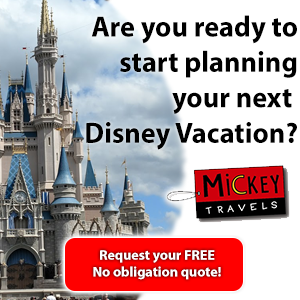 Find articles like this helpful? Then why not consider booking your next Disney holiday with an Authorized Disney Vacation Planner? As an agent with MickeyTravels, I can help you plot out your perfect holiday, work with you to come up with unique ways to make your vacation truly your own, and ensure that you are always getting the best deals and discounts.   Best of all my services are absolutely FREE.  Get in touch at 1.800.801.4025 via email at mroden@mickeytravels.com or follow along on Facebook.